Shaun Crotty is the WDS head mechanic/shop manager and has been with WDS for 26 years.  He worked on Whittinghill trucks through another company for eleven years before that. (Apparently he is a glutton for punishment.) Shaun is a graduate of OSU Diesel Technology School and has completed training for compactors and heavy equipment as well. Shaun also has an electrical and welding background and is one of the outstanding practical jokers of the company. He and the other mechanics plan on writing a book of the tricks they have pulled on WDS drivers. Shaun is making the move to part time employment this year. He enjoys reading and studying God’s Word, especially scriptures on eschatology.  He also enjoys restoring classic cars and is building a 1969/2000 Mustang.  Shaun is married to Donna and has one daughter. 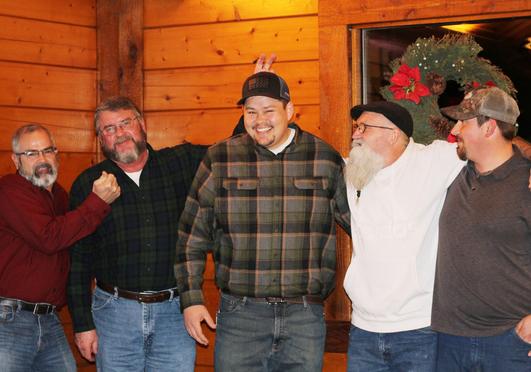 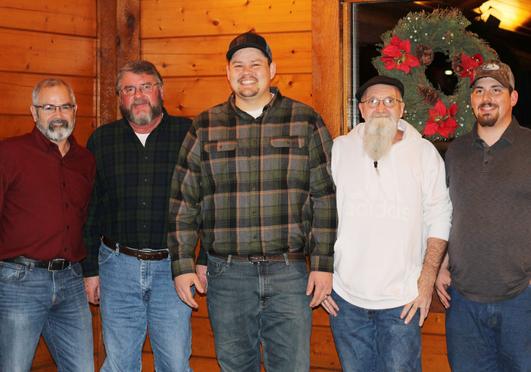 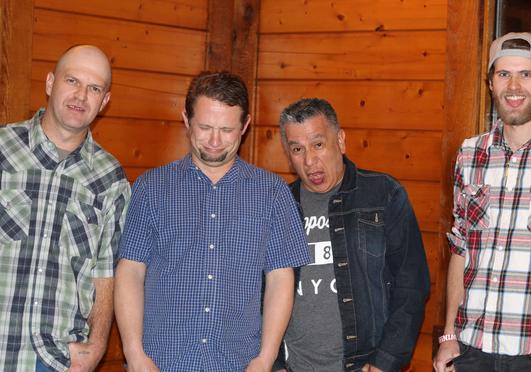 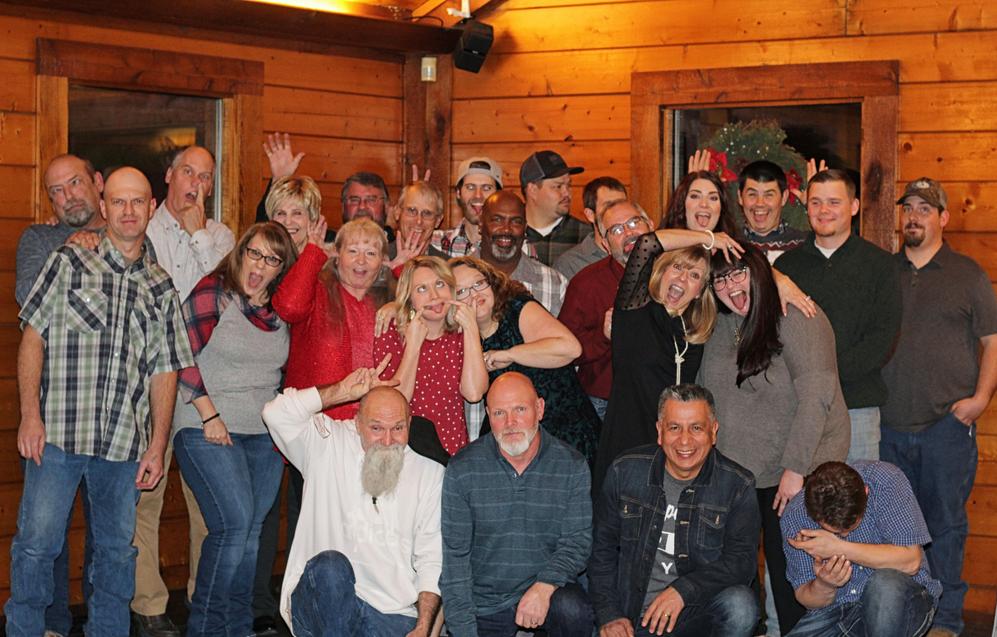 Jordan was born and raised right here in Muskogee and is a graduate of Muskogee High School. He is engaged to his beautiful girlfriend, Jamie Hill, and they plan to be married in October 2020. Jordan enjoys antique shopping, particularly for vintage Coca Cola trays - and fun fact, his great great aunt was one of the original Coca Cola girls. In his free time Jordan loves to watch sports (especially the Sooners and the Thunder) and work on different mechanical DIY projects like the drift trike he is currently building. 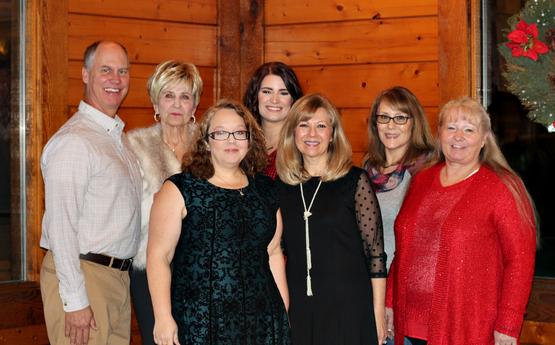 Tito Armenta has worked for WDS for 16 years and we are blessed to have him.  He is currently over our recycling department and does a wonderful job keeping things running smoothly.  Before coming to WDS, Tito toured for 12 years with a popular band in Mexico.  He is quite the talented musician playing many instruments including the guitar, accordion, saxophone, trumpet, clarinet, bass guitar, and piano - he also has a beautiful voice and serenades us in Spanish.  Tito is married to his sweetheart Marisela, and in his spare time he enjoys playing with his two dogs. 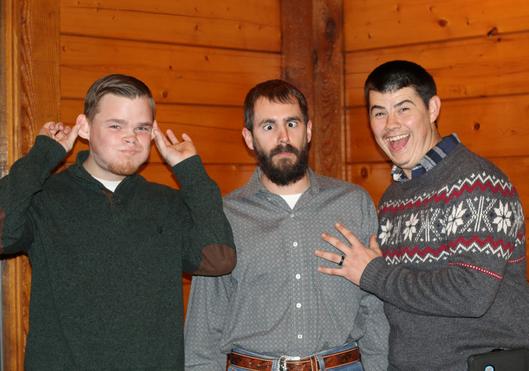 Daniel was born "up north" in Tulsa, but was raised right here in Muskogee. He attended and graduated from Muskogee High School, and he now lives here with his 7 year old daughter, Chloe. Because of this he knows every Disney princess movie imaginable and can sing a rousing duet of "Let It Go" with Chloe, although we're not sure if he sings Anna or Elsa's part. Daniel's dream is to someday purchase and restore an old home himself. 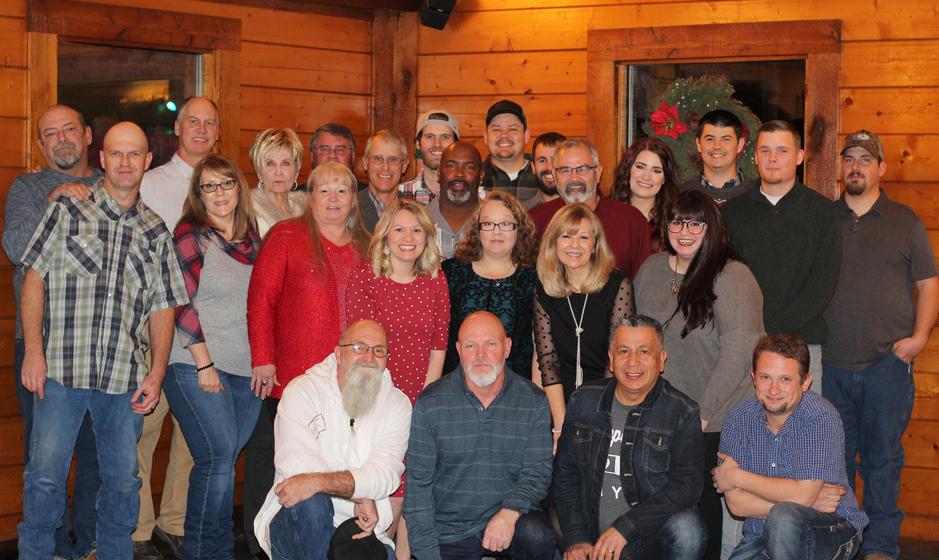 ​Michael Mooreland is over all the wood processing at WDS, thus he is guaranteed a job for the rest of his life.  Michael is originally from Braggs, OK, and is newly married to his wife Michale.  Michael loves to fish for catfish; the biggest one he ever caught was around 30 pounds.  He enjoys spending time with his and Michale's families, and also loves hot rod cars and trucks. Michael plans on going to see the infamous Garage Monkeys in Dallas someday​​. 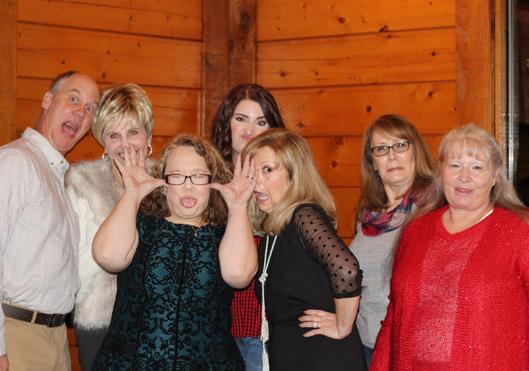 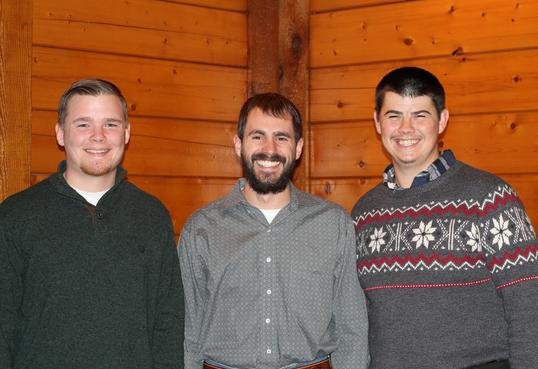 ​Dennis is in his 13th year with WDS. Dennis is a self taught mechanic but has learned a great deal since coming on with the company.  Dennis has a welding certificate from Indian Capitol VoTech and plans to pursue electrical training.  Dennis is also a swing driver and pinch hits for us whenever things get busy around here.  Dennis has two sons, loves motorcycles, traveling, foosball, and talking about spiritual things.  We appreciate Dennis’ easy going personality and willingness to help out in any way he can.  Dennis wishes he had a dollar for every time someone has commented about his beard.  His response, “I grew it myself.” 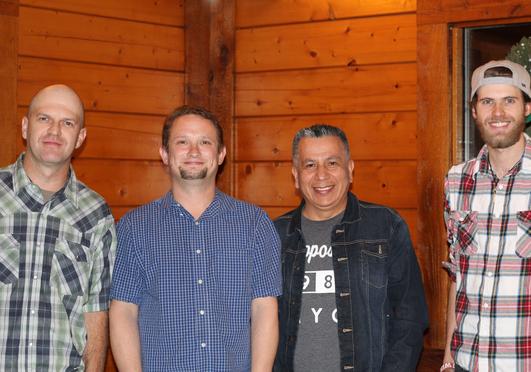 Thomas has been the Vice President and General Manager of WDS for 23 years.  Thomas oversees the entire operation as well as trouble shoots customer issues.  He is an expert in figuring out just what the customer needs.  Thomas is now overseeing our demolition business as well as being the liaison to Fibar company who provides our playground mulch to area schools and playgrounds including The Gathering Place in Tulsa.  Thomas has a BBA from Baylor University and a Master’s Degree in Management with an International Focus from Thunderbird Graduate School of International Business.  Thomas speaks fluent Spanish and Thai.  He has been married to Chandra for 21 years and they have four children.  He enjoys hunting, church activities, and raising Bullmastiffs.

Kent was born and raised in Mabetton, Georgia, and has 30 years of experience as a truck driver.  Back in the day, Kent loved to participate in drag racing.  He currently resides in Briartown with his wife Sherry and their two dogs.  He loves the slower pace of a smaller town after many years of driving in busy Atlanta.  Kent still has a son, Austin and a daughter, Erica who still live in Georgia along with his three wonderful grandchildren. ​

​Bev is the face and voice of WDS and her friendly manner has kept customers coming back for years.  Bev has worked as office manager and dispatcher since 1999, but has officially gone into part time retirement.  Although she is friendly to our customers, she is affectionately known as “Nagger in Chief” to the drivers and mechanics.  Bev has been married to Bob for 38 years and has two daughters and two granddaughters.  In her spare time she enjoys gardening, reading, shopping, and square dancing.  If you see her wandering the aisles of Hobby Lobby looking for another craft to do; please redirect her back to her desk at WDS.

Tracy Dawson is the newest member of the WDS team.  She wears many hats including office manager, dispatching, and overseeing our helium production (ha!). Tracy loves hot pork rinds, energy bites, and Aquafina water.  Her hobbies include spending her paycheck at Poshmark and getting to know the FedEx men that deliver her shoes. Speaking of shoes, she matches every outfit with coordinating shoes and a purse; this fashionista even impressed our operations manager, John. Tracy answers to “Elf,” “Little Debbie,”  “Hobbit,” and “Computer Einstein.” Tracy’s sparkling personality lights up every aspect of the office and we don't know how we ever got along without her.

Jake Jewson was born and raised a Hoosier in Indiana, but in December of 2017 he moved to Muskogee to become part of our crew. Jake is an assistant to John and helps oversee the yard at WDS. He also assists in the mechanic shop, works with sales and customer contracts, and recently acquired his commercial driver's license. Jake is married to Corynne who was also an Indiana native, and they enjoy going back to visit family there.  Jake has a terrific tenor voice, can juggle, dance, and act.  We are thinking about renting him out for birthday parties if business gets slow.  In his spare time, Jake likes to fish and play hockey. 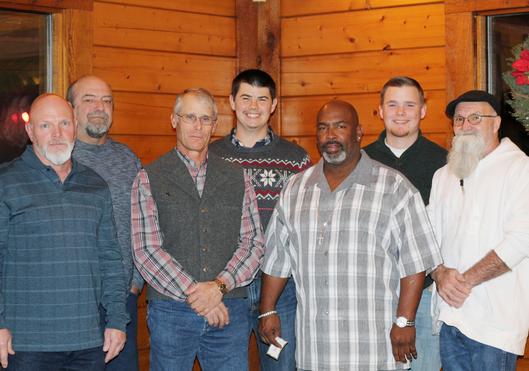 David was born in Muskogee and has lived here his entire life.  He graduated from Hilldale High School and is now attending Northeastern State University, double majoring in Business Administration and Healthcare Administration. In addition to working on the WDS yard and assisting with special projects, David is a key member of the demolition team operating the excavating equipment. David recently acquired his commercial driver's license as well. When he's not at work or school, David spends nearly all of his free time with his girlfriend Caitlin. He also enjoys hiking, climbing rocks, camping, and watching Kung Fu movies and comedies. He loves the constitution, and this has scored him some major points with his history-buff boss. 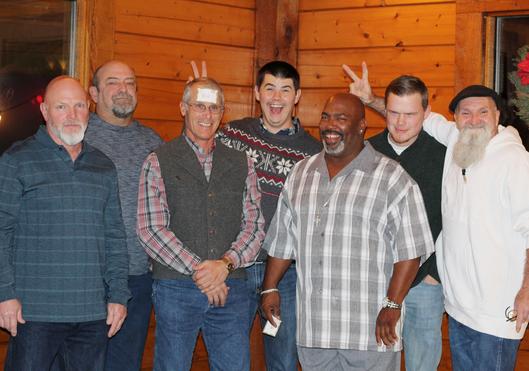 ​Glenn was born and raised in Bakersfield, CA and lived there until he was 29 years old, which is when he decided to move out to Oklahoma. He has been married to the love of his life, Sanchesca for 11 years, and they have three lovely children. When he's not at work, Glenn loves spending time with his family, bass fishing, and working on restoring his supercharged '77 Camero. He also enjoys collecting 1973-1979 Ford trucks, a hobby he shares with his dad and his son. Glenn is a good cook, a great joke teller, and a fan of playing sports. He also has a background of working on construction sites, and on drilling and production rigs.

Everett Gullett was born in Edmond, OK but eventually moved to Park Hill to be closer to his family. Everett worked for the city of Edmond for 18 years in the sanitation department as well as being an assistant Park Department supervisor, overseeing all of the mowing of the Edmond parks.  Everett is now the head Front End Load Driver for WDS and has a great rapport with our many FEL customers.   He is also a roll-off driver and welder and is going into his 17th year of service with WDS. Everett has been married to Teresa for 25 years.  They have five children and eight grandchildren. Everett enjoys fishing and hunting with his beagles, Boo and Shoo.  Also in his spare time he enjoys working on DIY projects, tinkering around his shop, and landscaping his yard.

Marc Taylor is our senior roll-off driver, and just celebrated his 14th year with us at WDS.  Marc has lived in Muskogee all of his life - he even played football for the Muskogee Roughers and then went on to play defensive cornerback for a semi pro football team that was in Tulsa at one time. Marc enjoys hanging out with his family - he has five beautiful children - and just being at home watching action movies.  Marc’s laugh is contagious; there is never a dull moment when he is around and we are so glad to have him on board.

​​Nick’s nickname could be Cucumber, because he sure is as cool as one. Nick moved to Wainwright in 2019 all the way from Arizona. He used to drive for Crop Production Services as well as over the road. Nick also has his private pilot license; could come in handy if we decide to deliver dumpsters by air. Nick has been married for 41 years and has two sons, four grandchildren, and about 100 cows. We are grateful to have him on board!

​Skinny came to WDS in April 2016. Donna had heard rumors that if you work in the trash business long enough you will eventually come across one of everything. The one thing that she had never found in the trash was a skeleton...so she bought one as a mascot! Skinny is single and he loves long walks around the landfill. He also enjoys dressing up for all the different holidays. If you stop by our office you might see him helping out somewhere!​

​Stoney Shamblin has been a mechanic with WDS for 23 years, but he also does excavating and all kinds of groundwork for the company.  Stoney is an integral part of the new WDS Demolition business as well.  Before working for us, he built highways and worked in a rock quarry.  Seems like he has always been driving or repairing a piece of heavy equipment. Stoney was named after the TV star Stoney Burke.  He is married to Sheila and together they have three children, seven grandchildren, and two more on the way.  His hobbies involve anything having to do with John Deere tractors and his diesel shop is his man cave.  His wife keeps him busy with DIY projects every time she watches Fixer Upper.  Stoney can’t swim, but if you threw a Snickers bar into a pond, he just might try.​